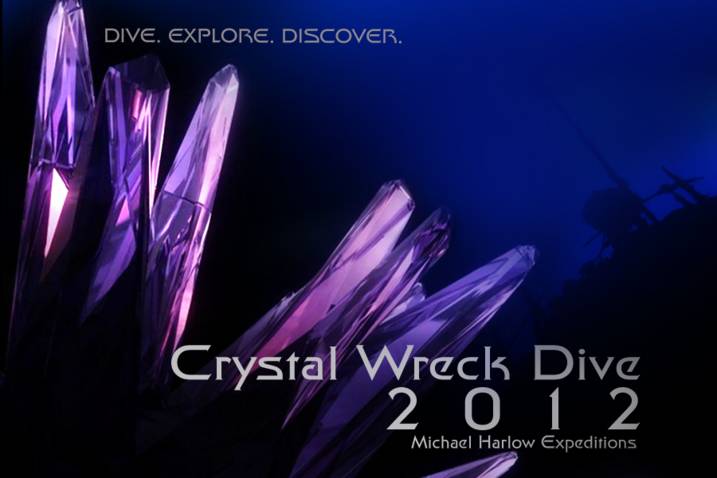 Melissa and I were recent guests on the SBP Podcast, which is considered, “The Voice of Mobile Film” and focuses on using smartphones as a medium to make films and documentaries.

I met the host, Susy Botello at the International Mobil Film Festival which she founded and hosts, a while back and we immediately became friends.

On her podcast, she interviews Melissa and me on a variety of things, including how Melissa got into being a Voiceover success and a scuba diving mistake I made that helped me discover one of the most incredible things I’ve ever seen in my life.

In the interview, Susy gets into how Melissa got started in her new Voiceover career and what the steps were.  Melissa shares her journey and how she has become a success by using her desire to succeed and sheer grit.  Read Melissa’s Blog, 10 Steps I Took to Become a Voice Actor and Change My Life.

With Susy’s charm and tactical interviewing skills, she changes tactics and begins to interview me about a wreck dive that I told her about a while ago, where I discovered something amazing.

Since this story is rather specific, I will just give you the story below.  However, definitely go to Susy’s podcast, since the story may help you visualize it better and check out her other guests and podcasts, which are all very interesting.

A cache of unclassified translucent crystals (trapped within an enormous air pocket) lay within a wreck 135 feet below the ocean's surface.

I’ve had some adventure above and below the ocean’s surface to say the least, however, while scuba diving in an undisclosed location, I found, within an underwater wreck, a huge air pocket that is covered in giant multi-colored crystals.  I feel to this day, that it is a discovery of a lifetime.

While on a deep wreck dive, my curiosity got the better of me.  As my dive buddy and the Divemaster exited the wreck to go to the next level, I saw a small dark area that looked interesting.  I figured it would only take a few seconds to check it out.  As I ascended into the dark hole, my dive light went out and looked down to see what was going on.  I then realized that I was in complete blackness, when only a moment ago, I was in tranquil blue water. I was confused but I still had my wits about me.  I kept one hand above my head to ensure I didn’t hit it on anything and the other was bringing the light up to my face to see why my light kept going out.  I then had the strangest feeling, my left arm that was above my head got heavy.

Heavy?  Why?  It was because I ended up in an air pocket and the water no longer kept my arm buoyant.  My light flickered on and I looked down at it thankfully.  It seemed to be covered in a bunch of goo.  When I lowered the dive light, it seemed to go out.  As I raised it to my face again, it suddenly went back on, but still covered in the oozy goo.  The pieces slowly started to come together.  I apparently penetrated a slick of oil about a foot thick and ended up in an air chamber.  I knew instinctively to keep my regulator in my mouth, since I’m sure one breath would have killed me instantly.  I slowly started to analyze the situation in detail.  To get a better grasp of the predicament I was in, I slowly shined my dive light around in the chamber.  I was shocked at what I saw.

Everywhere I looked, there were crystals.  Deep dark purple colored crystals covered every inch, from the oil slick up through the chamber and every surface.  As I moved my dive light around inside, the colors changed with the direction of the light.  Just like when you look at an oil slick, the color bounced, morphed and changed although the crystals appeared to be dry.

The crystals varied in length from a few inches to a foot or more.  I was mesmerized.  The air chamber I was in was about four feet high and about ten feet long and I was committing it all to memory.  I turned around to see what was behind me and I had to concentrate on what I saw.

The small chamber opened up through a little three by three foot passageway and through the opening was an enormous hold.  Every square inch of the hold was covered in these beautiful crystals.  The air pocket in the hold is so immense that it covers several large rooms of the ships interior.  The beam of my dive light wouldn’t even reach the other side of the hold.  I would estimate over 125,000 cubic feet of trapped air within this chamber alone.  There may be other rooms within the air pocket of this wreck; however, I didn’t have a chance to explore it.

My bottom time was diminishing by the second and my dive buddy would be looking for me soon.  I grabbed a hold of one of the larger crystals and pulled with all of my might, to snap it and bring it with me.  It wouldn’t budge.  I tried for a smaller one and it didn’t budge either.  I wanted a sample so bad, but I didn’t have anything to use as leverage and I didn’t want to strike anything with my dive light, in the off chance my light would shatter and the oil/gas mixture would ignite into something horrific.

I regretfully had to leave empty-handed.  I submerged through the blackness and instantly aquamarine blue filled my vision.  I found my dive buddy right outside the wreck and she couldn’t understand what all the goo was all over me.  I motioned for her to take a couple of pictures.  She snapped off a few and we started our ascent.

“With James Cameron going to the abyss of the Challenger Deep and re-releasing the epic Titanic movie, as well as the renewed public interest in underwater exploration, the crystal wreck discovery has invigorated the marine research community.”

Explore – Crystal Wreck Dive has collaborated with numerous researchers from Scripps Institute of Oceanography, NOAA and Texas A&M to identify these mysterious crystals. None of the researchers we have talked to have ever heard of this phenomenon (hypotheses include; oil-contaminated methane hydrates (clathrates), sodium salt crystalization in a growth optimized, water-saturated atmosphere, rusticles, and many more).  We won’t know what they are exactly until we gather samples and have them analyzed.

“It is extremely rare, if not unheard of, to just find an air chamber that is that massive in a sunken ship.  Imagine a 3 story building about 50 feet long and 30 feet wide,” continues Michael. “To have translucent and multicolored unidentified crystals covering every square inch of the chamber is miraculous”.

Michael has been a PADI Divemaster for over 25 years and has scuba dived all around the world. Starting in the Hawaiian Islands, then the Florida Keys, Australia’s Great Barrier Reef, Truk Lagoon, Palau, Micronesia, the Caribbean, and many other beautiful places.

The ship was sunk during WWII and still has the bones and skulls of the past crew members, as well as rounds of ammunition, bombs, trucks, and other items that will be covered in the documentary if it’s ever funded.

In the past, I have reached out to people and organizations to see if I could find sponsors to help fund a documentary and retrieve samples of the crystals.  I’ve had some success but nothing that could fund the expedition.

If you are interested in sponsorship, I’d love to hear from you.  I’m completely open to sharing this discovery with others.  My main focus is to identify these crystals and document the experience.

Please contact me directly at TheAdventureTravelers (at) gmail (dot) com.