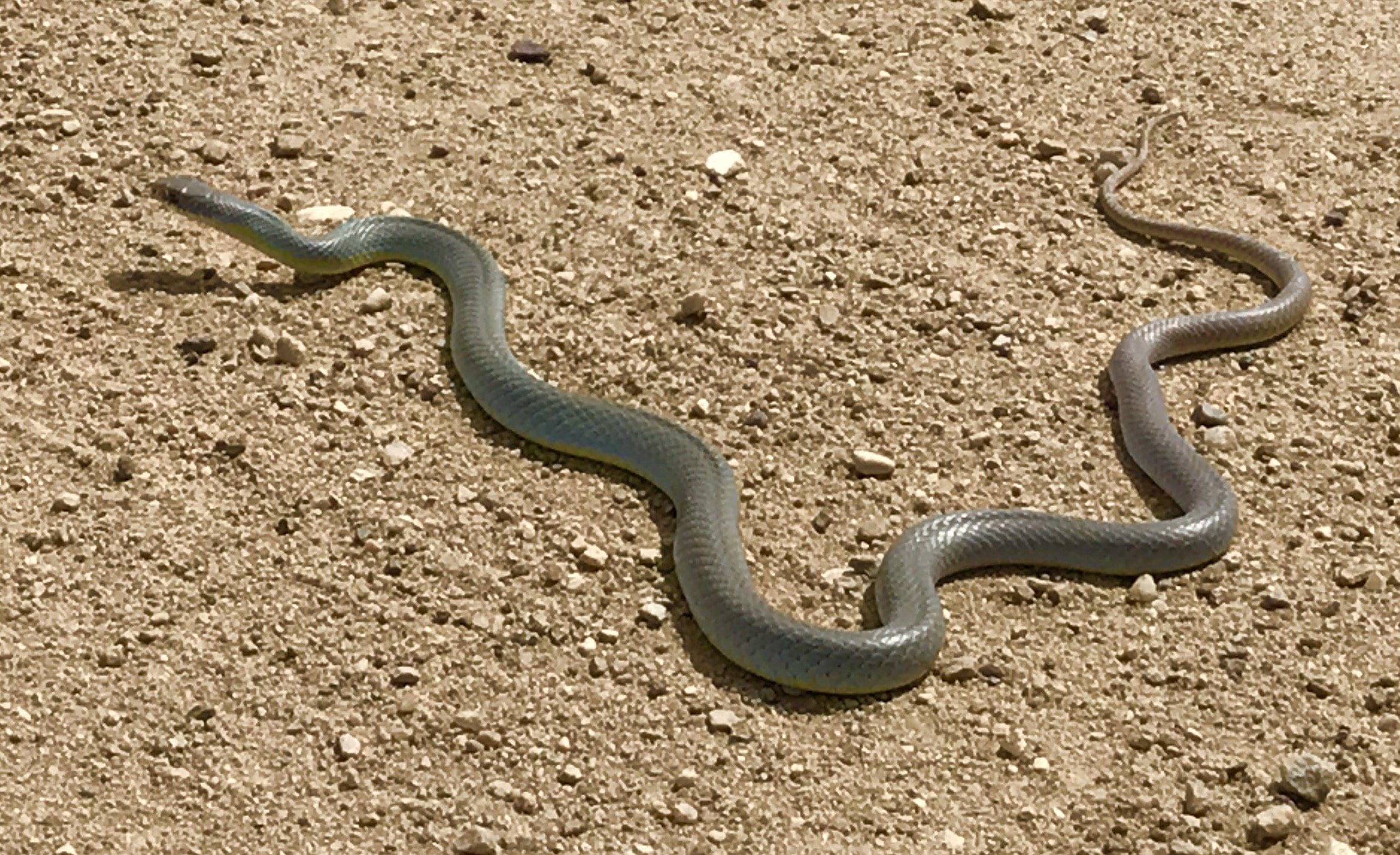 The Badlands… and beyond

The Badlands.  The name just conjures up thoughts of scary things.  What makes them bad?  Where are they?  How can they make an entire National Park of… The Badlands?

These thoughts have always occurred to me.  I have seen documentaries and other videos of the Badlands, yet I have never been there.

On our journey from Crazy Horse, we were once again on the road with no plans except to head east to see our daughter.  We were like a puff of pollen floating on the winds and going wherever they were going to take us.

We loved the scenery of Montana, Wyoming and now South Dakota and we were visually pleased everywhere we looked.  Off in the distance, we could see Devils Tower (the big towering mountain in The Close Encounters) but it was just out of reach.  We crossed plains of grass and we could see almost to forever.

The night was fast approaching but we only saw signs (about 100 of them) inviting us to Wall Drugs, in the city of Wall, South Dakota.  Every thousand or so yards, you would see a sign, “Free Donuts at Wall Drugs” or “Free Coffee at Wall Drugs”.  Well, we wanted both but we also wanted a place to park and sleep and we weren’t really wanting to sleep in a busy truckers stop on this night.

Then we saw the sign for “Badlands National Park” and we were hooked.  I told Melissa about all the shows I saw on the Badlands and I suggested we check it out.

We arrived just as the sun began to set over the canyons.  It was amazing.  The sky shone every bit of red, orange, pink, purple and blue on the canyon walls.  It was memorizing.  We sat and watched and then remembered that we needed to find a place to camp.

We decided to drive through the windy roads at night and luckily we missed hitting an antelope as it jumped in front of our rig.  The roads got a little more treacherous as we continued and we could see that we were driving on ridges, since our headlights only showed a bit of road in front of us and deep black nothingness on either side.

Camping in the Badlands

Eventually, we made it to a camping spot on the far side of the park (depending upon which way you are driving) and no one was staffing the booth.  The sign said to pay in the morning, so we parked and hooked up our RV to power and water and we were set for the night.  We couldn’t wait to go explore in the morning.

The next morning, of course, I went and paid for two nights and talked with the ranger.  He was really wonderful and gave us some great spots to check out in the park.  We took off and went to our first stop, which was a hike.  We parked Pepe the Prius and we followed the trail along the base of the mountains.  The trails headed up into the mountains, but I got sidetracked by some caves I saw from the road.  We went off trail (not a good idea – but we were only going 100 yards and could see the trail easily enough) and got to the small caves.  They were pretty cool but looked a little unstable, so I stayed out and just videoed from a few yards back.

We traveled back to the car and went off to our next excursion, which was a history of the Badlands and the dinosaurs that lived there.  Dino loved this hike!

As we drove to our next destination, we decided to pull off the side of the road and film some Prairie Dogs.  They were everywhere.  Jumping from hole to hole and sitting up on their hind legs like Meerkats.  We needed to be very weary, since there were signs everywhere that the Prairie Dogs carried Plague and we definitely didn’t want to get that.

As we drove, there were so many animals.  We saw bison, antelope, deer, snakes and more.

We packed snacks and a small lunch, along with our water, but those damn signs for “Wall Drugs” kept poking at the back of our minds.  Since the town was only 15 minutes from the western side of the Badlands, we decided to make the trip in and check out the site.

It was worth it.  Wall Drugs is actually another documentary I’ve seen.  Apparently, one guy started this drugstore in the middle of nowhere and he kept adding on to it, and the truckers and tourists kept coming.  The place takes up an entire city block and is packed with restaurants, shops, memorabilia, and all sorts of fun things.  You can easily spend a few hours there looking at everything.

We liked the backyard area, where we played on the bucking horse and Melissa got to get up and close to a bison.  Fun fact; we learned that the correct term for buffalo is actually bison.  There are no natural buffalo in the United States.  What most people call buffalo, are actually called bison.

There was even an area where Dino met some of his bigger friends.

On the way back through the park, Melissa remembered that she needed to get her dad’s birthday card off to him, so we went on a journey to find a mailbox.  We searched everywhere but to no avail.  We drove all the way out of the park on the east side and ended up at the Minuteman Missile National Historic Site. They were closed but they had a giant mailbox outside of the site.  We put our mail inside the mailbox and put the flag up and we drove off.  Then I realized, that I think there were some legal ramifications using a mailbox that’s not yours, so we drove back and retrieved our mail.  We were laughing at our naivety and we pushed on to Plan B.  Plan B, it happened was to go to the next town and go to their post office.  This town is, Interior, South Dakota.

Wow.  I really can’t say much about this town, because, there isn’t much town to speak of.  We drove up to the Post Office to deposit our mail, however, it was closed up, with bars on the windows and not a mailbox in site.  What?  This is the first time, we could ever recall going to a Post Office and there was nowhere to place your mail.  We laughed and laughed at our dilemma.  Poor ol’ PawPaw wasn’t going to get his birthday card because we couldn’t find a mailbox anywhere within 50 miles.

We ended up giving in and going back to the RV for the night.

The next morning we woke up and were ready to pack up and get moving.  As we were getting ready, one of our fellow RV neighbors walked over and introduced himself.  His name is Murray and he was from the next town over from where we lived prior to our adventures.  He was a wealth of information on his recent installation of solar panels on his RV as well as the great refurbishing they did on the inside.  He was so excited and a great guy to talk to.  We really wish we could’ve spent more time with him (and his wife), but as you know, if you’ve been following this blog, we needed to move on.

Melissa and I gathered up all of our things, unplugged the power, disconnected the water and we were off.

Leaving the Badlands National Park, we decided, one last time to try to get the mail out.  We stopped off at the visitor center (with our 50’ of length) and Melissa ran in to see if they could mail off her dad’s card.  OMG, they could!  YES!  Finally.  Mission accomplished.

We took off and headed east once again.

Sleeping in a Casino Parking Lot

I don’t know if you can see the picture above but I have been tired of driving at this point and was ready for an easy day (5 hours) of driving.  Note: The winds across the plains are horrible and they keep you honest in your driving.  I had to keep both hands on the wheel with white knuckles for many of those hours.

Grand Falls Casino Resort was wonderful, since they actually had power & water hookups but there was a cost (We recall it was something like $20 a night).

Regardless, it was an excellent night of sleep for pretty cheap and easy to get back to the interstate the next day and move on to get moving… yes, you guessed it… east!

Check out our Next Blog Post USA – Final Push to Michigan