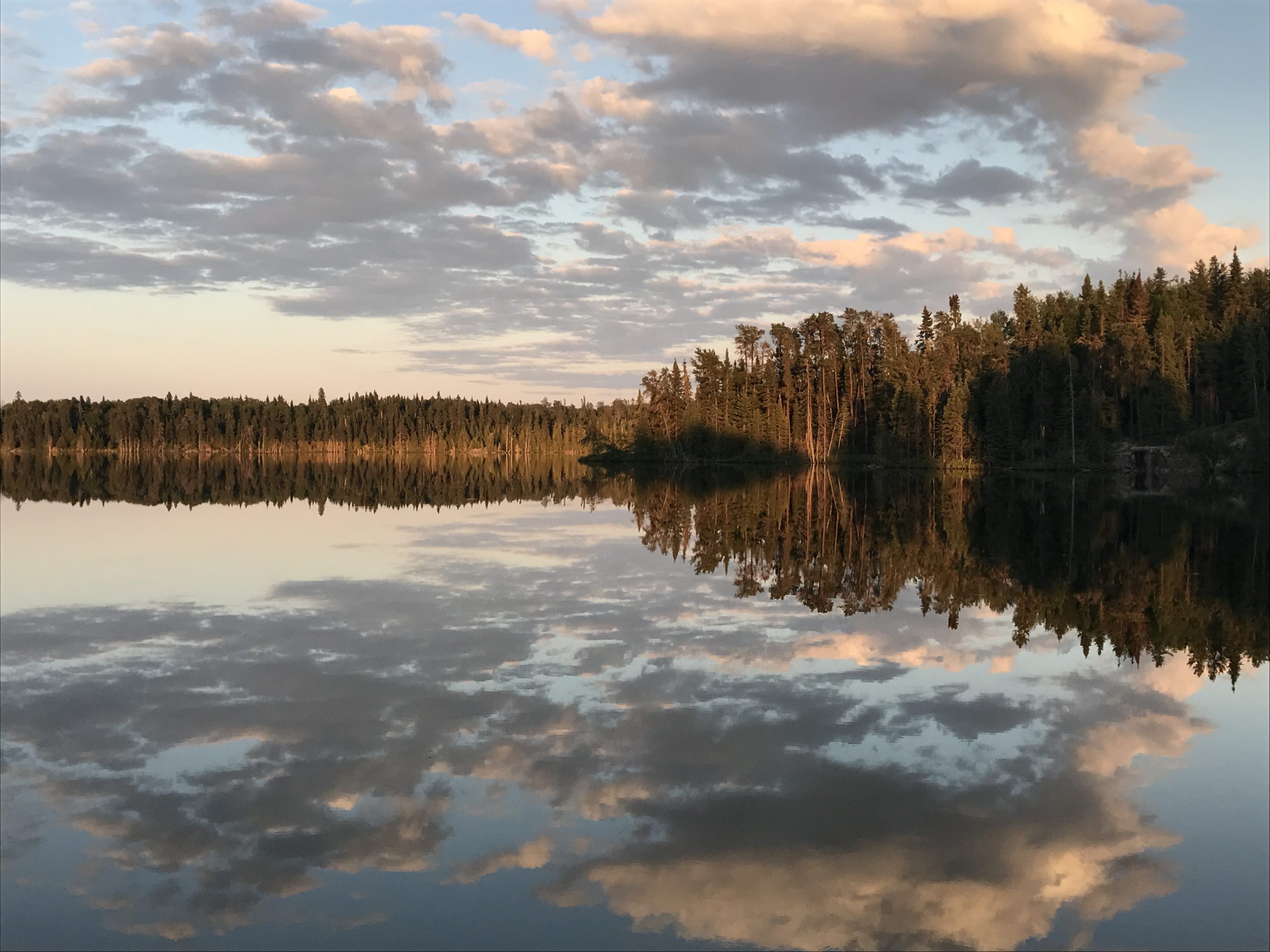 The weather was beautiful as Melissa and I left Quebec and drove into Ontario.

Since gas was over a dollar per liter ($4 plus US) , we were thinking of driving down into the United States and crossing the top of the country and then head up to Alaska.  It would save us quite a bit of money in gas costs, however our trip was to explore new places, so we decided it was in our best interest to cross Canada as we originally planned.

The roads across Ontario were pretty well-maintained.  Since they only have a short summer season to do road repair, we had to stop numerous times or drive across road construction areas which was not pleasant. There we re a lot of very tight navigation’s.

We did get to drive through a beautiful lightning storm and snapped off a few pictures.

Our first night in Ontario, we boondocked at a Walmart.  It was actually kind of awesome, because the weather was so intense and it made the evening interesting.

The drive down Highway 11 towards Thunder Bay was really spectacular.  After spending so many hours driving over small hills and flatlands, we finally came to some dramatic rock faces off of the highway.  The drive west also allowed us to pass numerous beautiful lakes, which I wish we could’ve stayed out longer.

We finally arrived in Thunder Bay and thought we may be able to spend the night in a casino parking lot.  Once we arrived at the casino, we realized it would be impossible with our size of a rig.  There was absolutely no parking and Thunder Bay was having a local music festival in town, which really took up all the parking everywhere.

We used our Allstays app and called ahead to a private campground just outside of the city and they said they had space available for us.

We used Google maps to route us through town and since the app didn’t realize there was construction, the app took us down a residential street that was blocked with road construction at the end.  There was absolutely no where to turn around without taking the car off of the dolly.  This only takes about 15 minutes to take off, and 15 minutes to put on, but it was something I really did not want to do.

Watch the video, to see what happened.  I totally messed up and ended up driving the car over the front of the tow dolly.

Since our car, Pepe the Prius, is front wheel drive, once the wheels rolled over the dolly, there was no way to get traction to get it free.

I ended up using the skills that I learned in my CERT training.  CERT is an acronym for Community Emergency Response Team.  I went through a week-long training course to learn how to help my community in case of a natural disaster.  One of the skills I learned, was how to lift vehicles off of trapped people using blocks and leverage.   I simply applied the same principles and used a jack to lift the vehicle up, so I could get the ramp underneath the front wheels.

With yet another small disaster averted, we drove out of town and ended up staying at a really nice RV park named Crystal Lake Campground.

We were so glad that we called ahead because they turned away someone just before we came in because we made reservations.

The lake was so beautiful, that we decided to stay a couple days.  I inflated our SUP boards and we went for a paddle around the lake.  A little island off to our left was magnificent.  The ground was spongy with moss and the trees enveloped the small island.  Luckily for us, there were hardly any bugs.

We next headed off to the territory of Manitoba.  We were on the Yellowhead Highway and it was beautiful seeing all the canola flowers in full bloom, which made all of the hills come alive with bright yellow colors.

Once again, after driving 469 miles, we pulled up to another Walmart. After a quick night of sleep, we pushed onto Edmonton and, you guessed it, we once again went to a Walmart.  Luckily, this time, we were not there to sleep.  We were there to meet friends.

While we were waiting for our friends, we noticed a woman drive in with a giant trailer.  She started posting signs all around the parking lot and we were wondering what she was doing. Once our friends arrived, they explained that she was taking donations for the firemen and people affected by the fires in British Columbia.

Since Melissa and I had seven remaining water filters from our South Pacific cruise, we thought it might be a great idea to donate them to the cause.  Melissa went over in interviewed the lady.

It was great to give back.  As we have said before, each water filter can clean up to 1,000,000 gallons of water per filter, which gave these communities 7 million additional gallons of fresh drinking water.

Our friends George and Carmen led us to their farm which was about 15 minutes away.  It was an amazing place with a pond, a beautiful garden, a workshop, and lots and lots of open prairie land.  They said we could stay as long as we wanted.  They even provided us with power, which is like gold to an RVer.

After relaxing for a couple of days, Carmen invited us to Fort Edmonton Park.  This is a beautiful historic park where they separate sections by different historical era’s, going all the way back to the early settlers.  We had a wonderful time and took lots of pictures and enjoyed ourselves immensely.  The park really did a great job restoring and keeping history alive.  Thanks again Carmen!

We did have a tornado warning and some crazy weather for a little bit, but since we are The Adventure Travelers, we handled it OK.

Our friends George and Carmen were wonderful and gracious hosts. We visited them a their beautiful house in Edmonton and at their farm, they cooked an amazing meal of local Romanian homemade sausages and other yummy food, which we devoured happily.

Since we were able to unwind a little bit, I decided this would be the best place to install our new WeBoost cell phone booster on our RV.   George let me borrow his battery powered drill, which helped immensely, since I left mine in storage.

At first, I thought it was going to be a very difficult installation.  I was going to run the wires through the RV, however there were so many unknowns and unusual ways to route the wire inside the RV, that I decided the best approach was to follow the directions and mount the antenna, wiring, and booster exactly like they had in the diagrams.  Once I began, it was super easy.

The installation came out great and we are extremely happy with our WeBoost!

We were sad to say goodbye to our friends and their generous hospitality, but time was ticking and we needed to head north to Alaska.

Once again, we were on our way.