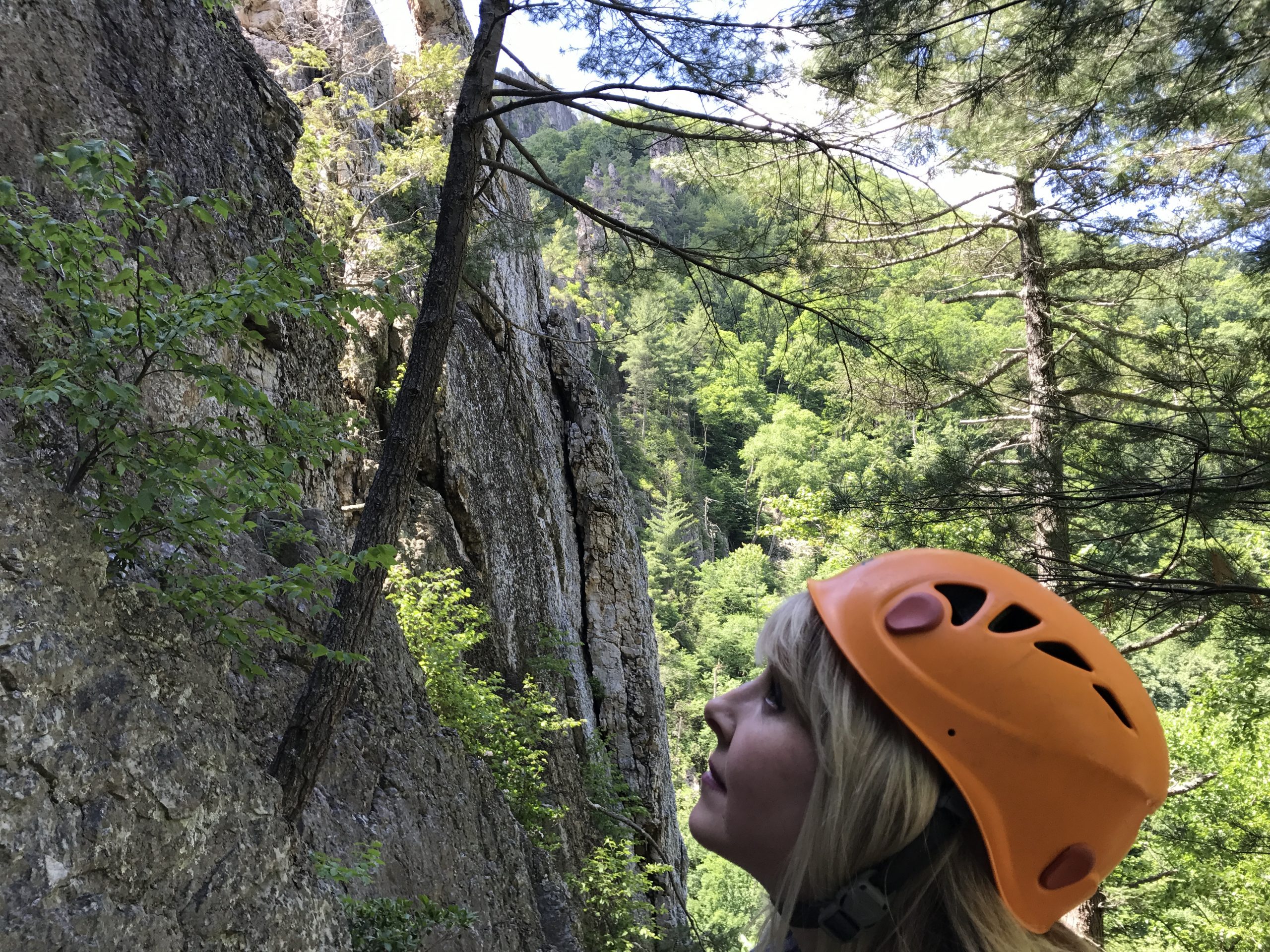 Since Melissa and I did not have an agenda anymore, we didn’t know if we should go north or south.  Melissa has an extended family in West Virginia, so we decided to go south.  We drove from Massachusetts down through Pennsylvania and decided to stop off at the world-famous Fallingwater Home that architect Henry Loyd Wright designed and built.

The area is beautiful and the tour of the home was magnificent. The home was timeless and beautifully nestled into the side of the rocky mountain with a beautiful waterfall as the backyard.  We learned a lot about the owners of the home and all that went into the build.

When we were complete with the tour we decided to hike down a dirt trail to capture some pictures of the home with the waterfall in the foreground and we came across a giant black snake.

Giving the snake room and it moved off into the fallen leaves of the canopy.

We enjoyed a little nature hike and then decided it was time to get down to Charleston, West Virginia.

Sense we love saving money, we asked Melissa’s cousin Brian if we could stay at his rug care shop parking area.  Of course, being the great guy that he is, he asked the management and they said, “yes”!

We ended up staying at this location for a few days.

We visited with Melissa’s cousin Suzie, who made us an amazing home-cooked meal.  Her sister Bobby Lynn, came over, as well as Brian and we all chowed down.  Whatever was left over, we took back to our RV so we can eat in bliss at a later date.

Melissa’s other cousin, Debbie took us on an amazing tour of Melissa’s childhood town and as we were checking things out,  we got pulled over by the police.  We all laughed because we were going 15 miles an hour in a 35 zone. The police officer was really nice and let us off with a smile.

We ended up having dinner with a few of Melissa’s other family relatives and once again, we took the leftovers home.

Being the Adventure Travelers, we decided to contact some outdoor adventure companies and see if they would sponsor us for a day at their facility.  An amazing company called, NROCKS Outdoor Adventures contacted us back and said they would love to be our sponsor.

We drove out to Riverton, West Virginia and were amazed by all the great people we met.

Our guide Garrett introduced us to a new member of his team, Bree.

They outfitted us with the newest climbing gear available on the market and we met our other climbing partner Jeremy.

We had a wonderful time climbing the Via Ferrata around the spine of the mountains of Seneca Rocks.

We were then invited to stay with some more of Melissa’s relatives in Burnsville, West Virginia.

Danny is an engineer at the Sutton Lake Dam and although we were not allowed to take pictures inside the dam, we got a great personalized tour of how the dam works, the water flow, and so many more interesting things that most people don’t get a chance to see.

We had the opportunity to stay at Danny’s home (with his son Cody) and he was an amazing host.  He took Melissa and I out fishing and we were able to use Melissa’s late brothers fishing rod and reel to catch Melissa’s first fish.

Once again it was time to hit the road, so we headed back north.